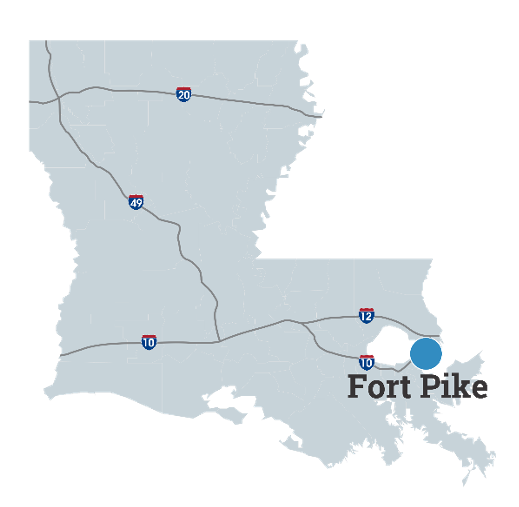 Features: Closed to the public

Originally built in 1818 to prevent British reinvasion of the United States, Fort Pike was turned over to the Louisiana Continental Guard in January 1861. Within several weeks, the state of Louisiana joined the Confederacy. For the next year, Confederate troops trained under the command of Maj. Henry A. Clinch. The troops departed for Vicksburg in April 1862. In May 1862, Lt. Joseph DeHaven and his Union ship Calhoun retook the fort without incident. It was later used to train new African-American soldiers in the use of artillery.